URGENT ACTION FOR THE DISAPPEARANCE OF CRUZ SOTO CARAVEO 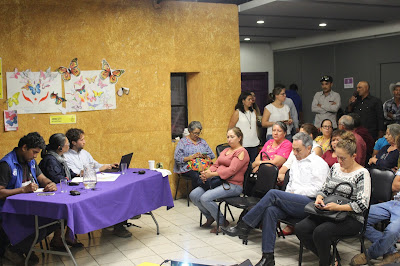 Cruz exposing the situation of his community to the
UN Special Rapporteur on Internally Displaced Persons on September 2018.

URGENT ACTION: Disappearance of Cruz Soto Caraveo, member of the collective of families forcibly displaced from the Sierra Tarahumara, accompanied by the organizations CEDEHM and CONTEC from Chihuahua.

Cruz Soto, his family and other members of the Monterde community in the municipality of Guazapares in the state of Chihuahua, Mexico, have been forcibly displaced since 2013, after they received death threats from members of the organized crime that controls the area, who took their land for drug planting.

On Saturday, October 12th, Cruz left Chihuahua, where he is temporarily living, on his way to Temoris. He went to the Municipal Presidency on Sunday, October 13th, to meet with personnel from the federal government's Secretariat of Agriculture and Rural Development. After leaving the meeting, the same Sunday, Cruz and another person left on a truck headed towards the community of Los Llanos, when they were forced to stop by unknown subjects who did not identify themselves. They ordered him to get out of the vehicle, handcuffed and took him away, without so far having information of his whereabouts.

On August 2018, Cruz Soto and other displaced people from El Manzano, a community that has precautionary measures from the Inter-American Commission on Human Rights, returned to their homes sheltered by the Chihuahua state police. The day after their return, just in a place where the group had been detained the day before, a murdered man appeared, a relative of Cruz Soto's wife, who had a banner placed on his body with a death threat directed at Cruz Soto, who is accused of actively denouncing the situation in the area.

On several occasions, Cruz Soto and other displaced people have met with authorities to demand the apprehension of the organized crime group operating in the area so that they can safely return to their communities. The last occasion was on March 22, 2019 in the framework of the review of the precautionary measures in El Manzano, where he loudly denounced the threats suffered and demanded attention for their cases; this was addressed to the head of the Unit for the Defense of Human Rights of the Government Secretariat, as well as staff of the General Secretariat of the Government of Chihuahua and the Attorney General's Office.

During the unofficial visit to Chihuahua by the United Nations Special Rapporteur on Internally Displaced Persons on September 2018, Cruz participated in the meeting that she held with displaced persons.

Given the seriousness of the events described, which put the life of CRUZ SOTO CARAVEO at risk, we kindly ask you to:

Write urgently to the Under-Secretary of Human Rights, Population and Migration and to the Government of the State of Chihuahua, demanding the immediate location of Cruz Soto, and that the necessary protection measures be granted to his family and other members of the community who are forcibly displaced in Chihuahua. 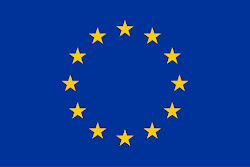